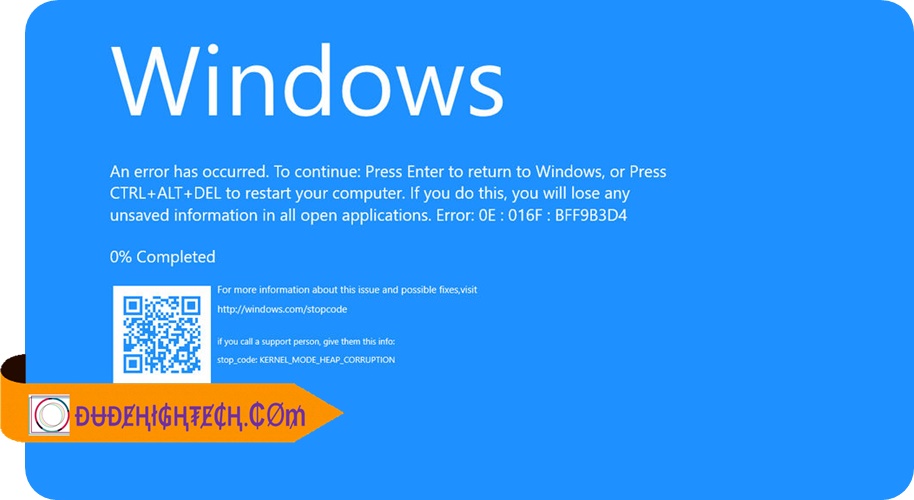 You’ve updated your HP laptop to Windows 10 and now it doesn’t work the way it did before? You didn’t know this could happen, but now you need help to fix the problem, because you’re completely lost. There are numerous things that can go wrong with your HP PC or laptop after upgrading to Windows 10, but fear not, as there are also numerous ways to fix them! Here are seven fixes that may resolve any issues you encounter after updating your computer to Windows 10. 7 Ways to Fix HP Laptop and PC Issues After Windows 10 Update or Upgrade

If your laptop or computer is experiencing trouble after an update, reinstalling Windows can help. In most cases, you can use system recovery features on your machine, but if that doesn’t work, you can reinstall from a USB drive. If your machine didn’t come with one, it might be worth buying one especially for troubleshooting purposes. Follow these steps

If you experience a blue screen, simply restart your device, as Windows will automatically resolve many of these issues. If it doesn’t, consider doing a clean install. This process deletes everything from your computer’s hard drive so that you can start fresh with a clean slate. Be sure to backup all of your data before doing a clean install, which is also good for reinstalling operating systems.

To do a rollback, go to Start > Settings > Update & Security > Recovery and then click Get started under Go back to an earlier build. (If you previously installed Creators Update on your computer, there is no need for a rollback.) Your computer will download all previous system files, which could take anywhere from 15 minutes to several hours depending on your Internet connection speed.

If you’re running an operating system from a bootable disc, it may be possible to restore your computer from an image backup. System images are exact copies of your machine’s hard drive, and many operating systems will offer an option for backing up your entire computer. You can make backups at any time, but one time when you may wish to is after a major software update; if you have a chance to create a system image before installing new software or hardware updates that could cause problems, do so.

5) Restore from a system image

If you’re having problems with your system that aren’t fixable with a few restarts, try restoring from a system image. A system image is essentially a snapshot of your computer at a particular point in time; so if your operating system stops working, you can restore it from an earlier point in time, when everything was functioning properly. To create one on an HP machine, go to Start > All Programs > Maintenance > Create/Restore Image. Then follow the prompts.

Every once in a while, it’s good to clear your cache. Your computer runs best when all its system files are up-to-date and free of bloat, so give your hard drive a little spring cleaning by restarting your PC in safe mode with networking. This way, you’ll be able to use important system utilities like Disk Cleanup and CCleaner without worrying about interference from any third-party apps that might be causing problems.

If you’re migrating from an older version of Windows, such as Windows 7, you may want to consider using a backup program like Carbonite or Mozy to restore your data from an external hard drive before upgrading. While it might take longer than just reloading everything on your computer after a fresh install, there are still steps you can take if something goes wrong.

If you’re having issues with your computer after updating it to Windows 10, don’t panic! You might be able to fix them. Whether you’re having trouble printing from your HP laptop or getting a file association error on your PC, there are some fixes that will get things back on track. Don’t believe us? Here are seven solutions for fixing problems that have been caused by Windows 10 updates.

Are there any problems with Windows 10 version 20H2?

If you are looking for a new laptop, it’s important to find out whether your laptop model is compatible with Microsoft’s latest operating system. There are various incompatibility issues when updating older models of laptops. The same applies if you want to update an older laptop model. Please check our list of compatible devices before buying. Many manufacturers try their best to bring as many devices as possible up-to-date with Windows 10 but they cannot promise 100% compatibility yet.

How do I repair the latest Windows 10 update?

On March 30, Microsoft released a major update for its latest operating system. The new update is buggy—and in many cases, it’s rendered computers useless. If you’re having problems after updating your PC to Windows 10, don’t panic. These steps should help you fix most of them

Can a Windows Update mess up your computer?

Yes, yes it can. The latest update in Microsoft’s long line of Windows updates was designed with mobile devices in mind, but lots of things change when you translate software from one platform to another. If you recently installed a new version of windows on your computer or upgraded it without any problems, you could be dealing with some serious issues after installing Windows 10—especially if you own an HP laptop or desktop. Your old hardware may simply not be compatible with Microsoft’s newest operating system; something that should’ve been factored into your decision. Here are seven ways you can fix most common issues plaguing computers running Windows 10 post-update.