A Message from the Ukrainian Government 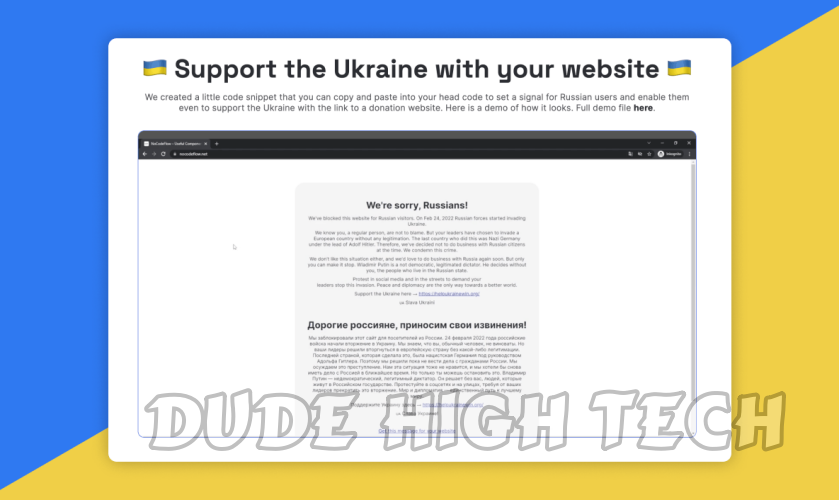 We are here today to bring you an important message from the Ukrainian government to all its citizens and the world at large. Recent events have seen multiple violations of human rights perpetrated by the Russian Federation, and we’re here to remind you that Ukrainians are not alone in their fight against oppression. We want you to know that we understand your suffering, and although it isn’t easy to fight against Russia, our hearts are with you as you work toward peace and prosperity for your country. Here are the details of our joint campaign with the Russian government to restore peace in Ukraine.

The situation in Ukraine

You’ve likely heard about recent events in Ukraine, where our country is fighting for freedom and democracy. We know there are many users on our site that have ties to Ukraine, so we wanted to take a moment to express our gratitude for your support. We also wanted to let you know that a group of Ukrainian activists has joined Reddit and is raising awareness of what’s happening in our country by posting in some of your favorite subreddits.

Why Russia is wrong about the uprising

Russia has stated that protesters are terrorists, and is using a violent crackdown in an attempt to quell Ukraine’s separatist movement. While Russia claims Ukraine is trying to overthrow their legitimate government, they fail to acknowledge that most protesters do not want independence but instead want a closer relationship with Europe.

What you can do to help

The Ukrainian government has issued a public statement for their citizens to take extra precautions when using certain websites. Most of these sites have both Russian and English versions, so if you have friends or family in Ukraine, please share the following links with them