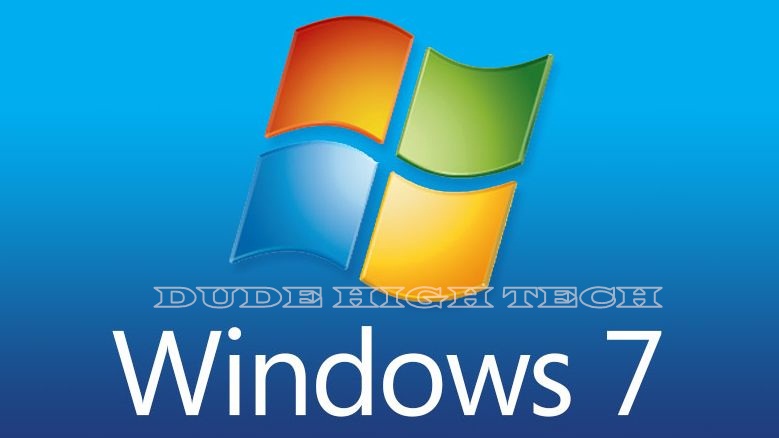 Microsoft announced in October 2018 that it will be ending security updates for Windows 7 on January 14, 2020. This means that, after this date, the operating system will no longer receive any security updates or patches from Microsoft, leaving users vulnerable to cyberattacks and data breaches.

This decision marks the end of a decade-long run for Windows 7, one of the most popular versions of Windows ever released. Microsoft has been urging its users to upgrade to Windows 10 for years, citing improved security and stability as the main reasons why they should switch.

2) This is actually a good thing – it’s about time

In addition, the end of security updates for Windows 7 is actually overdue. The official end of life date was originally set for January 14th, 2020, but Microsoft extended it twice before finally announcing that it would not be issuing any more updates. By now, most users should have upgraded to Windows 10, but those who haven’t will need to do so as soon as possible in order to protect their computers.

So while the end of security updates for Windows 7 may seem sudden and unwelcome, it’s actually a good thing – it’s about time.

For several years now, Microsoft has been urging Windows 7 users to upgrade to its latest operating system, Windows 10. As soon as the new operating system was released in 2015, Microsoft began urging users to make the switch. They claimed that Windows 10 would be much more secure and reliable than Windows 7, and that it was time for users to make the switch.

Microsoft has released multiple versions of Windows 10 since then, with each one improving upon the previous version and offering even greater security and reliability. Despite this, many Windows 7 users have stubbornly refused to make the switch, citing the cost or difficulty of upgrading their existing systems as reasons why they’ve chosen not to.

With the end of security updates coming up on January 14, 2020, Microsoft is again urging all Windows 7 users to upgrade to Windows 10. This is especially important for those who can’t pay for extended security updates, as their computers will no longer be protected from viruses and other threats after the end of the support period.

Upgrading to Windows 10 may seem daunting for some users, but Microsoft has made it easier than ever with their free Upgrade Assistant tool. The tool helps users find and download the latest version of Windows 10 for their PCs, as well as helping them set up and configure their new operating system.

4) Windows 10 is a much more secure operating system

For years, Microsoft has been urging users to upgrade from Windows 7 to Windows 10 in order to enjoy improved security and performance. As the end of security updates approaches, this is becoming an even more important consideration.

Windows 10 offers an array of new security features that Windows 7 cannot provide. For instance, Windows 10 includes biometric authentication through Windows Hello and Microsoft Passport, which allows users to securely log into their devices using facial recognition or a PIN. It also provides Device Guard, which provides protection against malicious software by only allowing trusted applications to run on the system. Additionally, Windows 10 has a built-in firewall and antivirus software, as well as Windows Defender, a feature that monitors system activity and blocks any malicious activities or attempts to steal information.

In short, if you’re still running Windows 7, now is the time to upgrade to Windows 10 and ensure your system is as secure as possible.

As of January 14th, 2020, Microsoft will no longer be providing security updates or support for Windows 7. This means that all users who continue to use Windows 7 after this date will be at risk of security threats and other issues. Without regular security updates, users’ computers will become increasingly vulnerable to cyber attacks, malicious software, and other threats. Furthermore, any problems or issues that may arise with the operating system itself cannot be resolved by Microsoft as there will be no support for it.

Therefore, if you are still using Windows 7 after January 14th, it is highly recommended that you upgrade to a more secure operating system such as Windows 10. While it is possible to take extra steps to secure your computer, such as installing third-party antivirus software and other security programs, these measures can only do so much and cannot protect you from every threat. Upgrading to Windows 10 is the only surefire way to ensure that your computer remains safe and secure in the future.

See also  Parrot OS vs Kali: Why Parrot OS is the clear winner

Although Microsoft will no longer provide security updates for Windows 7 after January 14th, enterprise users who have purchased Extended Security Updates (ESU) will still be able to receive them. This is a paid service and the cost of the service depends on the version of Windows that is being used.

For those enterprise users who wish to stay with Windows 7 but cannot upgrade to Windows 10, ESU is a great way to ensure their systems remain secure. While it may seem expensive at first, the cost of protecting against potential cyber attacks far outweighs the cost of this service.

After January 14th, Windows 7 will no longer receive security updates from Microsoft. This means that users who can’t upgrade to Windows 10 for whatever reason should take additional steps to secure their computers.

The first step is to make sure your computer is updated with the latest software and security patches. It’s also important to use antivirus and anti-malware programs and firewalls. Additionally, you should always practice safe browsing habits, avoid clicking on suspicious links, and be mindful of phishing scams.

It’s also a good idea to use multiple layers of security, such as two-factor authentication, so that even if one layer of protection fails, the other layer will still be there to protect your data and personal information. You can also use encrypted connections whenever possible.