Fortnite: How to Be the Last Person Standing 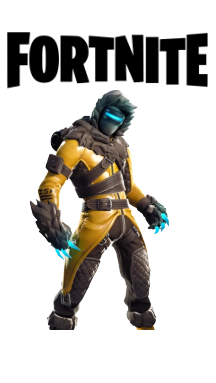 Fortnite, an online video game developed by Epic Games and released in 2017, offers its players three distinct gameplay modes. Fortnite Battle Royale, the most popular of these modes, pits 100 players against each other in a free-to-play last man standing battle royale game in which the remaining player or team wins the match. With more than 125 million people having played Fortnite as of February 2019, it’s easy to see how this video game has become so popular; however, many players are unfamiliar with how to win at Fortnite Battle Royale matches. Fortnite: How to Be the Last Person Standing

In Fortnite, up to 100 players are dropped on an island and forced to scavenge for weapons and other items in order to survive. The goal of the game is simple: be the last person standing. Despite sounding easy enough, it takes a little bit of knowledge about how the game works in order to become victorious.

I’ll be honest, I wasn’t much of a gamer before Fortnite was released. But when I saw all my friends playing it, I figured what the heck and downloaded it. Turns out, I actually enjoy it! To this day, I still spend hours playing with my friends on a regular basis.

Knowing the map is one of the most important skills in Fortnite Battle Royale. As you explore, it’s important to note what places are good for shelter and which are more dangerous. There are many different types of biomes–grasslands, woods, snow, desert–and each has its own advantages and disadvantages.

If you are keen on playing Fortnite, then you need to know that it is played in three distinct game mode versions. One of them is called Battle Royale which is also a free-to-play battle royale game. In this game mode, up to 100 players fight to be the last person standing.

When it comes to weapons, use whatever you can find. There are many different types of weapons in Fortnite and even though some of them may not be as effective as others, you never know when you might need one. Furthermore, keep an eye out for armor and other items that can protect you or provide other benefits. As with any game where there is a lot of loot, it’s important to loot wisely so that you don’t waste time looking for what will benefit you the most.

Stay on the move

The key to winning is always being on the move. If you stand in one spot for too long, your opponents can easily predict your next moves and pick you off before you’ve even had a chance. But if you’re constantly on the move and attacking from different angles, it’s impossible for them to know what’s coming.

It is easy to get complacent with your life, but in Fortnite Battle Royale you can never get too comfortable. Every game is a new chance for you to be the last person standing. Keep your head on a swivel, and use these tips from seasoned players to make sure you are always one step ahead.

Playing Fortnite can be fun, but it can also be very frustrating when you lose constantly to other players. You may feel tempted to simply give up, but don’t give in! While there’s no guarantee you’ll win every time, following these tips and tricks will help you overcome your competitors more often than not. Here are some ways you can win more easily in Fortnite.

See also  How to Obtain a Windows 10 Product Key

The Basics of Fortnite

Fortnite is a video game that has taken the world by storm. It’s now one of the most popular games out there with over 200 million players worldwide. It can be played on virtually any device, but is primarily a console game. If you’ve ever played a battle royale game before, you’ll find that it looks similar to PUBG or H1Z1. In this blog post I’ll go through some basic tips for playing well in Fortnite as well as some tricks that will help you dominate your opponents!

The Battle Pass and Challenges

The Battle Pass is what you need to know. Purchasing it will unlock unique rewards, such as skins, emotes, cosmetic items, and other goodies that you can only get by playing the game. Challenges are a way for players to unlock more rewards by completing different tasks during matches. Some of these challenges are free while others cost V-Bucks (a currency you can purchase with real money).

The Best Weapons in Fortnite

Fortnite is a game with a variety of weapons that can be used to dominate your opponents. However, not every weapon will be equally effective at every moment or against every opponent. Some weapons are better for taking out enemies from a distance while other are best suited for close-quarters combat. Here are our top picks for the most powerful weapon you can use while playing Fortnite:

The Rocket Launcher is one of the most powerful weapons in the game. It shoots rockets that explode on impact, dealing significant damage to any opponent caught within its blast radius. The closer an enemy is to being directly hit by a rocket, the more damage they will take from it.

The Best Places to Land in Fortnite

One of the most important aspects of winning a game of Fortnite is where you land. Landing on a good spot will help you build up your base, collect resources, and prepare for an onslaught of other players. Here are some tips for choosing the best landing spot:

See also  How to Share Files in Slack from Dropbox

The Best Strategies for Winning in Fortnite

The best strategy for winning in Fortnite is making sure you play your cards right. From knowing when to go all out, and when to be cautious, there are a number of strategies that could help you emerge as the victor. To help you get started, here are some of our favorite tips:

* Don’t forget about traps! Building traps around your base can give you an advantage over the other players. Check out our guide on how to build smart traps for more information.

* Don’t spend all your materials on one item! Build a few walls or ramps before building a floor so that you have more materials left over for other items.

* If a fight isn’t going well, don’t be afraid to run away!

There are four different classes of characters in Fortnite: Outlander, Soldier, Ninja, and Constructor. Outlanders are masters of exploration who use their knowledge of ancient techniques to outlive all other players. Soldiers have been trained to be at the forefront of any fight. Ninjas are stealthy assassins who can move quickly while remaining undetected by enemies. Finally, Constructors may not always be at the frontlines but they can build fortifications as well as powerful weapons for teammates that need help defending themselves.