Google Cast: The Good, The Bad, and The Ugly 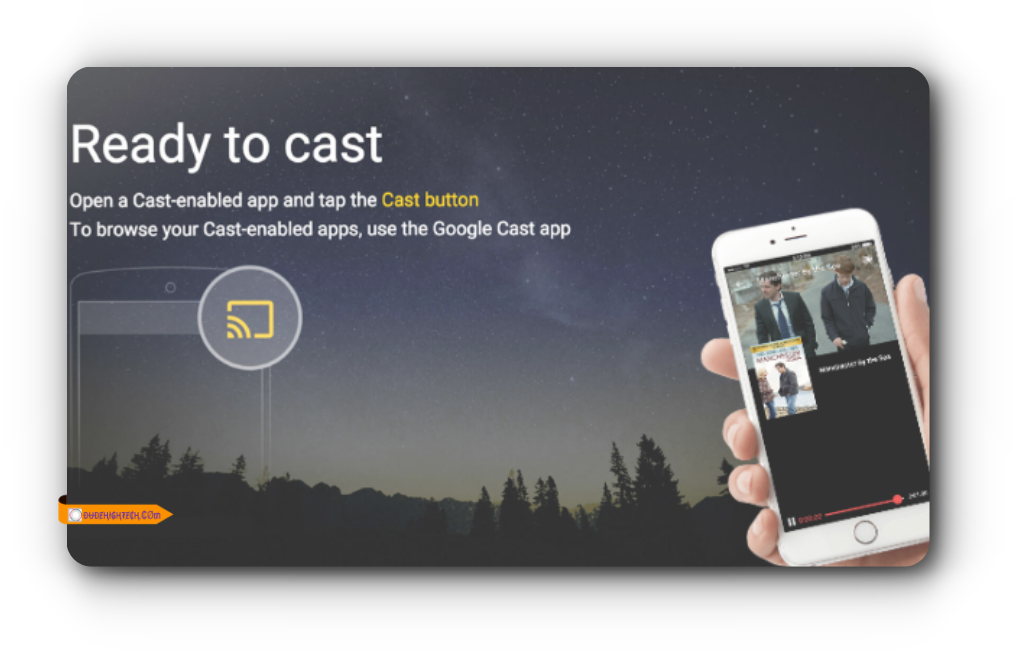 There are many good things that Google Cast has going for it, but there are also several bad and ugly things about it, too. It’s important to be aware of both the strengths and weaknesses of this new technology so you can choose whether or not to use it wisely for your business. This post will give you some information about what Google Cast does well and what it does poorly, so you can decide if it’s worth your time and resources to implement in your business plan. Google Cast: The Good, The Bad, and The Ugly

What is Google Cast?

Google cast is a technology that allows you to stream video or audio from an internet-connected device to a TV or speaker. With casting you can use your laptop, tablet or even phone to play movies, music or podcasts on your TV with just the push of a button. For example, if you want to watch a movie on your TV, simply tap the cast icon in the corner of YouTube’s player window and select your television as the destination. To use this feature, both devices must be connected to the same Wi-Fi network.

Casting with Google Chromecast is easy. Simply download the app onto your device, put it on the same Wi-Fi network as your Chromecast dongle or TV with Chromecast built in. From there, you can control what you are casting from your device to your TV or speakers by using the buttons in the app. One of the benefits of Google Chromecast is that you don’t need an account; all that’s required to cast something to your TV is a phone or tablet with the appropriate app installed.

The downside? You must be connected to your home’s Wi-Fi network for casting. You won’t be able to use data, even if you have a cellular data plan with LTE service.

Where can I find this technology?

The first thing to know about Google cast is that it only works with mobile devices. Although this technology can be found in some TVs and smart speakers, casting from your phone is the most common way to use it. To access Google Cast, you need a Chromecast which plugs into an HDMI port on your TV or monitor. You then need to download the app for both Android and iOS. Once you have downloaded the app, plug in your Chromecast device and follow any instructions given by the app on how to set up.

What does the future hold for this technology?

The future of Google Cast is unclear. On one hand, it’s not a bad solution for streaming to your TV from your phone. On the other hand, it may not be as revolutionary as we might expect considering that you still need to have your device on you at all times in order to stream content. I don’t see this technology taking off anytime soon due to its lack of innovation. It also won’t work for devices that are powered by another OS. For example, if you’re an Apple user with an iPhone or iPad, it will only work if your device has a built-in casting option or if the app supports Google cast. In my opinion, there’s really no good reason to buy a Chromecast when you can just buy an Apple TV (or any other kind of smart tv) instead.

The first step in using the cast feature is to make sure you have the most recent version of the Google Home app. To do this, open up the app and look at the bottom right corner of your screen for an Update button. Press this button to update your app if needed.

Once you’ve downloaded or updated the Google Home app, there are two ways to get started with casting. You can either tap on the Device icon in the top left hand corner of your screen, or simply say OK Google when you’re near your TV or speaker system that has been enabled for casting.

The Google cast is not a foolproof device. When there are too many competing devices on the same WiFi network, issues can arise with your connection to the Google cast. This is especially true if you are trying to stream content from a mobile device or computer that does not have a strong wireless connection. You may experience stuttering or even buffering with this type of issue.

In addition, the Google cast lacks any sort of power button so it cannot be powered down without unplugging it from its power source (a USB port on your TV). This means that if you have to get up in the middle of the night for any reason, you will need to remember to turn off your TV and plug in your Google cast before bedtime.

The first problem with Google cast is that it is only compatible with a few devices. This means that you’ll have to buy a compatible device in order to use it. In addition to the lack of compatibility, there are also problems with the reliability of the device. Sometimes when you go to watch something, it will just stop playing without warning and without any sort of explanation as to why it happened. Finally, there’s no support for TV shows or movies found on Amazon Prime Video or Netflix. If you’re looking for an alternative to these services then this isn’t the product for you.