How Waze and Google Maps Stack Up Against Each Other 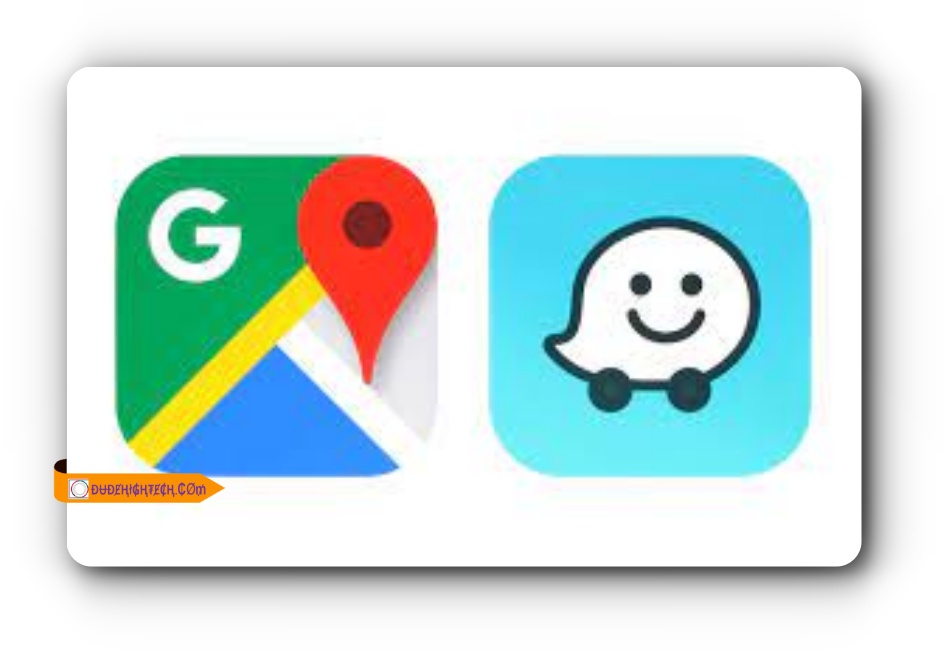 Both Waze and Google Maps are GPS navigation apps. Both apps offer turn-by-turn navigation, live traffic updates, voice-guided directions, and more. But, how does one differ from another? Is one better than another? Which app is more popular among users? This post will compare both Wazing and Google Map applications to provide answers to these questions and others. If you’re currently looking for a new navigation app or simply want to know more about both, keep reading!

Best features of each app

This one comes down to a number of factors. Both apps offer excellent turn-by-turn navigation. Users can report things like accidents, traffic, or road construction—which means you’ll always have an up-to-date map no matter where you are. Another nice perk with both apps is you can download an area in advance, meaning that they work well even when you don’t have service (or a connection). Another thing to consider is how each app collects location data. While both use GPS by default, Google maps will switch over to cellular triangulation if there isn’t a clear view of satellites; Waze does not support cellular triangulation at all.

Best app if you want traffic alerts only

Most people use their phone’s GPS to avoid getting lost, but it’s also great for avoiding traffic. If you’re more interested in avoiding slowdowns than knowing exactly where you are, download Waze instead of Google Maps. In addition to offering crowdsourced information about road closures and construction zones, it alerts users to accidents, traffic jams, speed traps and even red light cameras along your route—features that don’t appear on Google Maps. And if there is a crash or a nasty backup along your way, Waze will automatically reroute you around it.

See also  You Could Be The Next Victim

Tips on using either app effectively

If you’re choosing between using Google Maps or Waze to help you find your way around town, it can be a tough decision. Both apps are free, feature tons of cool features (such as voice commands, built-in public transit directions, etc.), have user-friendly interfaces and cover almost every corner of Earth. So which should you choose? The answer isn’t always black-and-white—it depends on your personal preference and needs. Here’s a quick breakdown of both apps so that you can make an informed decision

As one of only two services on here, Waze offers turn-by-turn navigation with no frills attached. The app is incredibly easy to use, but provides a more visually appealing experience than its closest competitor (Google Maps). In short, it’s aimed at a slightly different audience—and you’ll notice that right away. It’s an excellent option for anyone who wants simple navigation and has a phone to pair with it. If you just want turn-by-turn directions and aren’t concerned about anything else, it’s well worth checking out. However, some people might be hesitant to give up their familiarity with Google services. So…what are they? What can they do? How do they compare to their alternatives?

What is Google Maps

According to Wikipedia, Google Maps is a web mapping service application developed by Google. It offers satellite imagery, street maps, 360° panoramic views of streets (Street View), real-time traffic conditions (Google Traffic), location tracking (Google Latitude) and route planning for traveling by foot, car, bicycle or public transportation. The service was created in 2005 to serve as a way for people to find restaurants or businesses based on their current location. Nowadays it has become an indispensable tool for many people who use it daily not only for navigation but also to learn about attractions around them whether it’s new places they want to visit in their own city or somewhere they are traveling to next week.

Comparison chart between the two apps

The truth is, both apps are solid, with strengths and weaknesses of their own. For some people, one will win out over another in certain situations; for others it’ll be completely different. When it comes to comparing Waze vs. Google Maps, there really isn’t a best app; only an app that works best for you at any given time or in any given situation. That said, here are a few things to consider as you think about which navigation system might be right for you

What mapping does Waze use?

Unlike other mapping systems that rely on data from a third-party provider, Waze uses its own crowdsourced mapping data. This means that it can update traffic conditions in real time. (The company has even tweaked its algorithm to give preference to those reports from drivers who are not using smartphones.) This approach also gives users access to maps and routes based on how people actually drive—not how ideal it would be for everyone to drive. For example, if one lane of a highway is consistently under construction, most systems won’t suggest you use that route—even if it will get you where you need to go faster.

Is Waze better than Google map?

I’ve been using both for some time now, since I have a knack for getting lost. I’m sure you do too. After all, that’s what maps are supposed to do—but which one really is better? That depends on your needs. Here’s a look at why each one works better in certain scenarios. I’m going to try and be as unbiased as possible while giving examples of when they work best. Let’s start with my preference: Google Maps (and its companion app, Google Now). No doubt about it, it offers a cleaner interface that lets you quickly jump around to locations nearby or zoom out to get a global view—all without having to load an extra page or sign up for anything.

Does Waze use more data than Google Maps?

When you use your phone’s maps, they download a map section to your device. When you’re driving, your device periodically accesses that data to give you directions. If you’re on a long road trip, or in an area where there are few cell towers, that can take up quite a bit of data. It might also have an impact on battery life: All that accessing of your phone’s GPS can drain your battery pretty quickly. Since both Waze and Google Maps rely on location information from cell towers rather than GPS technology, it’s possible that using one app would be more efficient than another from a data perspective—but it’s not clear which is which at this point in time.

Which map app is most accurate?

It’s been a long-running debate, but finally there’s an answer: it depends. The best mapping app for your needs really does depend on where you are and what you need to do. Whether that’s getting directions for your daily commute or plotting out a road trip across a dozen states, your map needs to be accurate. So here are some things to consider when choosing between Waze or Google Maps.

Is there a better app than Waze?

If you’re familiar with GPS navigation apps like Waze, then you know how powerful they can be for your everyday life. But do you know about all of their hidden features? You might have thought that nothing could make your drive better than something like Waze, but there are actually some neat tricks to learn here. From information on nearby restaurants to easy methods for adjusting directions and learning about what traffic is like where you’re going, these tips will help make using a GPS app even more useful in your daily life.

If you’re familiar with any navigation apps at all, you’ve probably noticed that police locations aren’t included in many of them. This is by design. Back in 2011, a man was arrested for using an app called Trapster to find speed traps and DUI checkpoints, leading police to call for a ban on apps that alert users about where authorities are located. In 2013, Trapster added an option to turn off notifications regarding law enforcement officers.

How does Waze make money?

In its earliest years, Google relied on advertising to make money, but by 2017 it is earning billions through a business model called moonlighting. Moonlighting refers to one of five businesses that are part of Alphabet, Inc., formerly known as Google. The other four parts of Alphabet include: core search; apps; YouTube; and Other Bets (companies like self-driving cars). Recently, market analysts have been paying close attention to Alphabet’s Other Bets department because it contains moonshots—big ideas that might not succeed in making an impact on world affairs. For example, one moonshot product called Fiber was launched in Kansas City in 2012 to offer super-fast internet services.