The 4 Types of Artificial Intelligence Everyone Should Know About 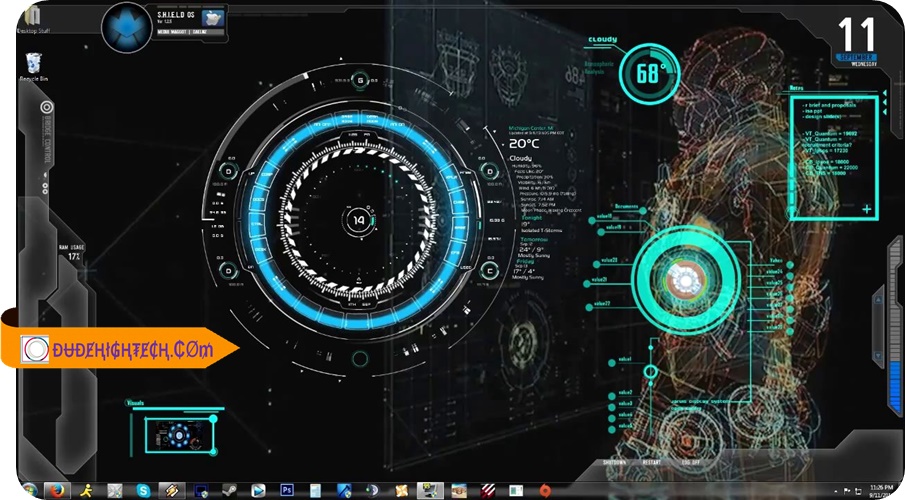 Artificial intelligence, or AI, has become one of the most interesting topics in the world of technology today. Whether you’re talking about robotics, self-driving cars, or even just the websites you visit every day, it’s impossible to escape the influence of AI on society at large. However, many people are fuzzy on what exactly AI is and what all it encompasses. To clear things up, we’ve put together this article on the four different types of artificial intelligence that most people should know about, including expert opinions on how they fit into our tech-heavy world today. The 4 Types of Artificial Intelligence Everyone Should Know About

This type of AI is used for pattern recognition. It uses a training data set to help develop a model that can be applied to new information. In essence, it recognizes and draws conclusions from patterns within data. Facebook, for example, uses supervised learning when you tag your friends in pictures or identify what’s on your News Feed. On Facebook, a human labors over all those photos and writes down who appears where and what they’re doing—which makes training algorithms that can recognize faces much easier later on.

You can think of unsupervised learning as a machine’s way to find hidden insights about data. A common example is image recognition. Computers are able to look at a picture and identify objects, like what makes up a cat or tree, even if it’s not been explicitly trained to do so. Machine learning is behind these types of tasks because it allows computers to make sense out of unlabeled data (i.e., images that haven’t been categorized by humans). Unsupervised learning allows for deeper comprehension and insight than simply using pre-labeled data.

See also  Spotify vs TikTok: The Competition for Music Streaming

This approach treats artificial intelligence (AI) like a learning animal, with reward or punishment setting off a chain reaction that helps it adapt to a particular situation. DeepMind, Google’s AI research subsidiary, is working on reinforcement learning in virtual environments where AI can learn from trial and error (which would be very difficult in real life). An example would be an AI being trained to play Go; for each move it makes, its success is measured and recorded. Eventually, all that data will help it learn which moves result in positive outcomes – AKA winning – and which ones don’t. The AI has no idea what winning is; it simply experiments until win-like results occur again and again.

Think Siri or IBM’s Watson—these are examples of artificial narrow intelligence (ANI). These systems have one specific job. For example, Siri can recognize speech and perform a search using that input. Amazon’s Alexa can look up facts or manage your to-do list for you. These systems excel at doing only one thing, which is something we know how to program computers to do quite well. It’s worth noting that an ANI system doesn’t even have to be particularly intelligent; it just has to accomplish its purpose very well.

What is artificial intelligence? Artificial intelligence (AI) is an area of computer science that emphasizes creating intelligent machines that work and react like humans. In its most basic form, AI is defined as any device or program capable of performing a task or set of tasks to make something else smart. The word itself has been used for decades, even centuries. However, today’s technology allows us to solve problems in entirely new ways and use AI to improve quality-of-life around the world.

What is the artificial intelligence?

Artificial intelligence (AI) is a term that’s used to describe machines that act in ways normally associated with humans. AI can be used in computers, robots, or other machines designed to solve problems, collect data, and perform tasks more intelligently than would be possible by a human alone. Advanced AI has often been considered a holy grail for computer programmers—but what exactly does it mean? And why should you care?

Which institute is best for Artificial Intelligence?

It is also called AI, machine learning or cognitive computing. These technologies make use of an algorithm to replicate a process that was once done by humans. The technology is capable enough to perform tasks like speech recognition, image recognition and translation, among others. The applications for AI are varied and based on how it’s used by industries.

What is artificial intelligence with examples?

Many people have heard about artificial intelligence, but most don’t really know what it is. A lot of people assume that AI is still a long way off and that it won’t be possible to achieve for a long time. The truth is, though, we’re currently living in an era where we have access to more kinds of artificial intelligence than ever before. Let’s take a look at four different kinds of AI and how they are being implemented in our lives today.

What is the best stock for artificial intelligence?

Of course, artificial intelligence (AI) is a multi-faceted term and could mean different things to different people. Some common usages include: machine learning, cognitive computing and more. In order to understand these terms better, let’s break them down into four major categories: AI for machine learning , deep learning , computer vision and natural language processing . The best stock depends on what type of investment you are looking for, as some companies are well positioned in certain sectors.

Which is the best certification for artificial intelligence?

In recent years, there has been a huge growth in demand for artificial intelligence (AI) professionals. However, that doesn’t mean that everyone with a degree in computer science is prepared to jump into artificial intelligence jobs. In fact, while some degrees are more directly relevant than others, it’s important to know what you need to become an AI professional and ensure you have those necessary skills before diving headfirst into a related job. The solution? Certifications!

See also  Making the switch to a cloud service can be daunting- which one is best for your needs?

Is there a degree for artificial intelligence?

Yes, there are a number of undergraduate and graduate degrees for people interested in developing artificial intelligence software. It’s important to have an understanding of math, computer science, engineering, psychology and statistics. Not only will you learn about AI during your studies but there will also be strong emphasis on problem solving and building working programs. Many programs offer a chance to specialize in one area such as deep learning or natural language processing.

What are examples of artificial intelligence in healthcare?

There are four categories of artificial intelligence. These are: * Narrow AI * General AI * Supervised Learning (machine learning) * Unsupervised Learning. Below, we’ll explain each type and provide examples so you can get a better sense for what each looks like in healthcare

What companies are leading in artificial intelligence?

According to CB Insights, Alphabet (through Google) invested more than any other firm in AI startups from 2012 to 2017. In fact, it made a whopping 28 investments! The company has acquired 13 companies with an artificial intelligence focus since 2011. Last year, Alphabet also acquired London-based startup DeepMind for $400 million. Today, DeepMind is one of AlphaGo’s most valuable assets – a self-learning machine that’s capable of playing go and chess at a superhuman level.

What is the best course for artificial intelligence?

In general, it is best to start with a course in machine learning. This will give you an introduction to all four types of AI: statistical, symbolic, connectionist and evolutionary. Then you can focus on each subfield as it interests you most. The 4 Types of Artificial Intelligence Everyone Should Know About