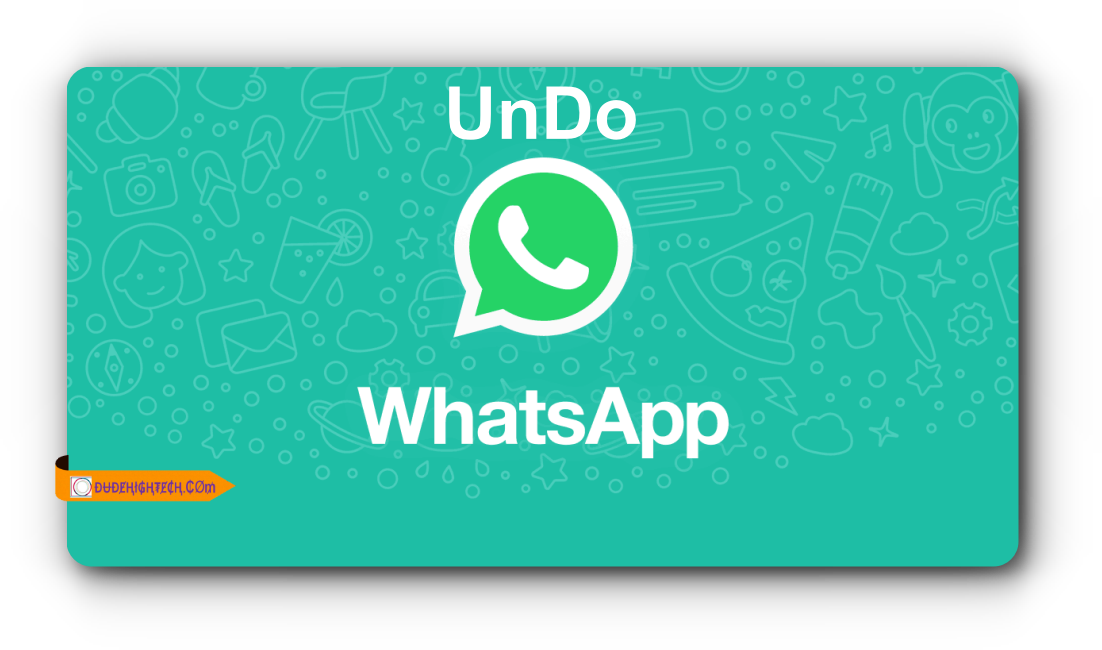 WhatsApp may be known as the delete-forever messaging platform, but users soon won’t have to worry about accidentally hitting the wrong button in times of duress. A new feature introduced by WhatsApp will soon let you recover deleted messages. As per TechCrunch, WhatsApp’s upcoming feature will also let you recall sent messages before the recipient reads them — and for up to five minutes after you hit send, which should give you plenty of time to realize your mistake if you’re prone to hitting send on every thought that crosses your mind. WhatsApp’s new ‘undo’ feature will let you recover deleted messages

What Happens When You Deleted a Message

Have you ever accidentally deleted a message on WhatsApp and wished you could undo it? Well, soon you’ll be able to! WhatsApp is currently working on an undo feature that will let users recover deleted messages. The app has not yet announced the exact date when this update will come out but we are expecting it in the coming weeks. We’ll keep you updated with any information as we get it. For now, just take solace in knowing that you won’t have to live with your mistakes forever.

How Undo Will Work

WhatsApp is testing a new undo feature that will let users recall and recover deleted messages. The feature is currently being tested in the beta version of WhatsApp, and it is not yet clear when it will be rolled out to the public. It is also unclear if the new function will only work on messages or on all types of content, such as photos and videos. When an error message appears on screen while sending a message, tapping Undo should bring up a Recall this message? prompt from which users can choose whether they want to go back or continue with their original action. If no response has been given after 30 seconds, then the original message gets sent automatically without interruption.

Is It Like the Undo Button in MS Word?

WhatsApp is testing a new undo feature that will let users recall and recover deleted messages. The feature is similar to the undo button in Microsoft Word, allowing users to retrieve accidentally deleted text. The WhatsApp undo feature is currently being tested on the beta version of the app and is expected to roll out to all users in the coming weeks. As long as you haven’t exited the chat or switched chats, WhatsApp will let you get your message back up to 30 seconds after sending it. If more than 30 seconds has passed since deletion, unfortunately there’s no way to restore that message, said a company spokesperson.

How To Turn On The Undo Feature

If you want to start using the undo feature, all you need to do is update your WhatsApp to the latest version. Once you’ve done that, the feature will be turned on automatically. To use it, simply press and hold on a message that you’ve just sent. A pop-up menu will appear, giving you the option to undo your message. Once you select that option, your message will be deleted and a notification will appear in the chat letting your contact know that you’ve deleted a message.

Does It Help In Scenarios Where A Message Has Been Sent To Multiple People?

Yes, the new WhatsApp undo feature will let you recall and recover a message that has been sent to multiple people. This is a great way to avoid any embarrassing situations where you may have sent the wrong message to the wrong person. The undo feature will also help if you accidentally delete a message that you meant to keep. In addition, it can be useful in scenarios where a message was mistakenly sent before it had been fully composed. Another option of using this new WhatsApp undo feature is when you send an update to someone who hasn’t seen your previous message on the thread yet. With this new feature, all of these instances will be no problem for users because they can go back in time and change their mistake!

How To Turn Off This Feature?

If you’re not a fan of the new WhatsApp undo feature, here’s how to turn it off:

See also  Netflix's Hidden Feature: How to Get the Most Out of Your Subscription

1.Open WhatsApp and go to Settings.

5.Now, you’ll no longer have the option to recall or undo sent messages in WhatsApp!

Is there an undo option in WhatsApp?

Yes, there is an undo option in WhatsApp! This option will be available soon and will let you recover deleted messages. The process is simple: just select the message you want to undelete and press the Undo button. This feature is useful if you accidentally delete a message or if you want to retrieve a message that you mistakenly deleted.

What is the new features of new WhatsApp?

WhatsApp is testing a new undo feature that will let users recall and recover messages that they have accidentally deleted. The feature is currently being tested in the beta version of WhatsApp, and it is not yet clear when it will be rolled out to the public. Once it is available, users will be able to enable the undo feature in the settings menu. When a message is deleted, a pop-up window will appear asking if the user wants to undo the delete action.

How do I undo the WhatsApp update?

If you’re one of the many people who have accidentally updated WhatsApp and lost all your old messages, there’s some good news – WhatsApp is working on a new undo feature that will let you recover them.

To use the new feature, simply go to the WhatsApp settings menu and select Restore. This will allow you to restore your old chats and messages from a backup.

However, there is a catch – the new feature only works if you have a backup of your chats.

Why isn’t there a delete for everyone on WhatsApp?

When you delete a message on WhatsApp, it is only deleted for you. The recipient still has a copy of the message. WhatsApp is introducing a new delete for everyone feature that will allow users to delete messages for both themselves and the recipient. This is a useful feature if you accidentally send a message to the wrong person or if you want to delete a sensitive message. However, there are some potential privacy concerns with this feature.