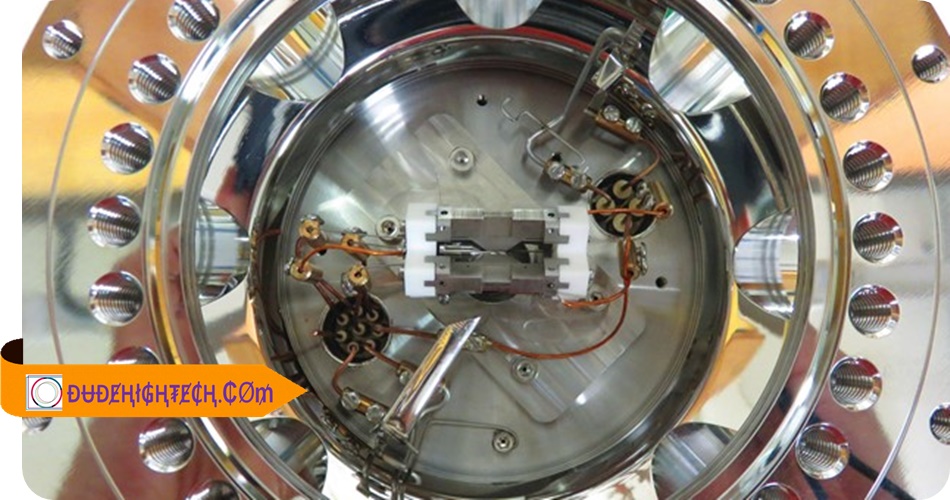 A lot of companies have announced quantum computing efforts in the past year or so, ranging from quantum chips to cloud-based quantum platforms. But who’s really leading the race? And what are they doing differently? As you might expect, we’ve been doing some digging and here’s what we found… Who’s Leading the Quantum Computing Race?

Qubits are the new Bits

The first thing you’ll notice is that computers made with quantum bits, or qubits, are not binary. This is because each bit in a quantum computer exists in all possible states simultaneously. If you have an 8-bit binary computer, it can exist in any one of 256 possible configurations—but it only has eight options. A quantum computer using eight qubits could exist in all 2^8 possibilities at once.

Why Is This Important?

A computer is simply a machine that makes calculations based on input. It is a means to an end, allowing humans to compute and derive solutions more quickly and efficiently than by simply relying on their own minds. In just a few decades, computers have evolved from being room-sized behemoths of vacuum tubes to palm-sized smartphones that store more information than one could possibly imagine. Of course, these improvements are driven by Moore’s Law (named after Intel co-founder Gordon Moore) which states that processing power for computers double every two years or so. Now in its fifth decade, computer technology is advancing at an astounding rate, opening doors for exploration in areas like artificial intelligence and quantum computing. But who’s leading in quantum computing? Read on to find out!

Where Can We Use Quantum Computers?

The obvious first place to use quantum computers is to solve problems that are too large for a classical computer to handle. The fact is, these large problems exist! Think of all of those arduous calculations required in designing an airplane. Using conventional computing methods, it can take months or years to come up with an optimal design. On a quantum computer, that time could be reduced from months or years down to hours or even minutes. In another example, if we had access to a quantum computer, we would be able to do high-precision simulations of biological molecules. This is something scientists are only able to do in theory today because it’s so computationally demanding; a quantum computer would make it much easier and faster for researchers and scientists alike.

How Does a Quantum Computer Work?

A quantum computer operates at a subatomic level. It uses qubits—quantum bits, or units of information—instead of regular bits that represent either a 1 or 0 (on/off, open/closed, etc.). Unlike regular bits, qubits can exist in multiple states simultaneously. This is because they use photons to store data—as opposed to having their state defined by some physical process, like a copper wire storing 1s and 0s in different voltages. This capability allows for many more calculations to be done simultaneously than a traditional bit. Imagine being able to have 20 conversations going on at once with one person instead of having them finish each response before you can ask another question.

What Are the Challenges of Creating a Quantum Computer?

The goal of quantum computing is to efficiently harness a phenomenon called quantum superposition. A superposition occurs when something exists in two states at once (for example, both vertically and horizontally polarized). These two states can be used for computation, but because it’s not yet known how to accurately measure them (the most accurate measurement device today is about 99 percent accurate), quantum computers don’t operate in all possible combinations. Instead, they start with one combination, call it state A. Then, they try a second set of measurements on state B. They find out if they got an answer by measuring if they did or didn’t get an answer. If they did get an answer, great!

See also  What is the Google Assistant and what can it do?

Where Will We See First Applications of Quantum Technology?

The great thing about quantum computing is that it has a range of potential applications. From drug development to traffic optimization, simulations to cryptography, and much more—the technology should be useful across various scientific fields. Even so, there are still questions as to where exactly we’ll see first applications of quantum computing. There are a couple key factors here—one being how valuable these applications are and another being which industries can make use of them most effectively. In other words, not every industry will reap huge benefits from quantum computers but some will see exponential improvements in their operations thanks to super-fast speeds.

What nation is leading the way in quantum computing? Who’s Leading the Quantum Computing Race?

It’s been predicted that quantum computing will change the world. But which nation will be at its forefront? Will it be Japan, whose prime minister announced a $265 million investment in quantum technologies last year? Or maybe Canada, home to Google’s D-Wave system — currently considered one of only two quantum computers in operation. Perhaps Germany, long recognized as a leader in industrial technology, is on track to take advantage of recent progress made by researchers like physicist David Wineland and engineer Rainer Blatt, who recently earned a Nobel Prize for their work with ions trapped by magnetic fields.

See also  The Sound of the Sea: How NASA Scientists Turned Ocean Waves into Music

Who is most advanced in quantum computing?

The short answer is that no one knows. Quantum computing is an area of research that has captured a lot of interest in both academia and industry, but there hasn’t been much public discussion about which companies have made significant progress or which countries are leading in terms of government investment. , Google claimed to be getting closer to having a working quantum computer, saying it had successfully demonstrated entanglement on two qubits for 96-qubit input data. Microsoft has also said it will release its own quantum computer software tools . Companies such as Intel and IBM have signaled plans to eventually produce quantum computers for use by researchers looking into quantum physics and by specific industries looking for ways to analyze huge amounts of data more quickly than current technology allows.

What is the best quantum computing stock?

If you are looking to invest in quantum computing stocks, you need to start with Microsoft. it was one of several companies that made a major investment in D-Wave Systems Inc., which claims to have developed a 128-qubit processor. This year, Google and NASA partnered with D-Wave on its development efforts and HP announced plans to build a supercomputer powered by D-Wave processors.

Who is investing in quantum computing?

Microsoft, Google, and IBM have been focused on quantum computing for years. But, what about Apple and Amazon? Both of these companies are known to keep their research and development work secret; it’s entirely possible that they’re working on quantum computing technology in labs somewhere. However, there hasn’t been much in terms of public announcements from either company yet—leaving us wondering who is leading in quantum computing.